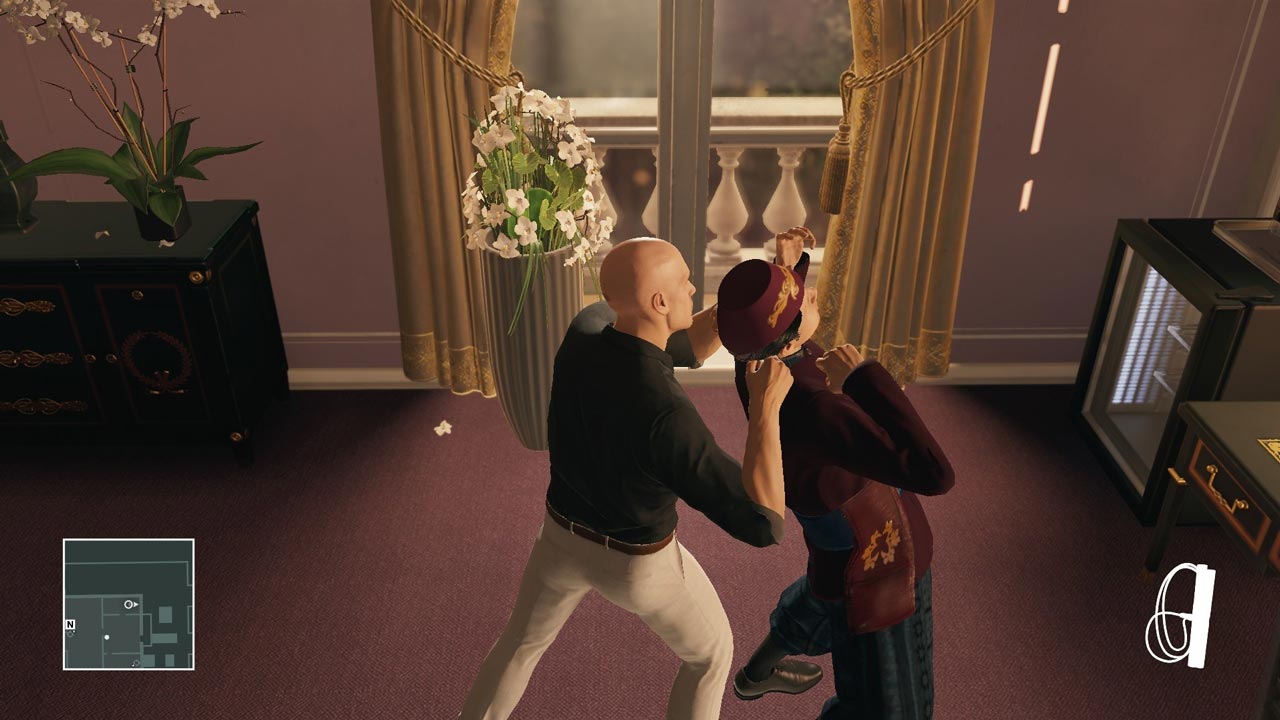 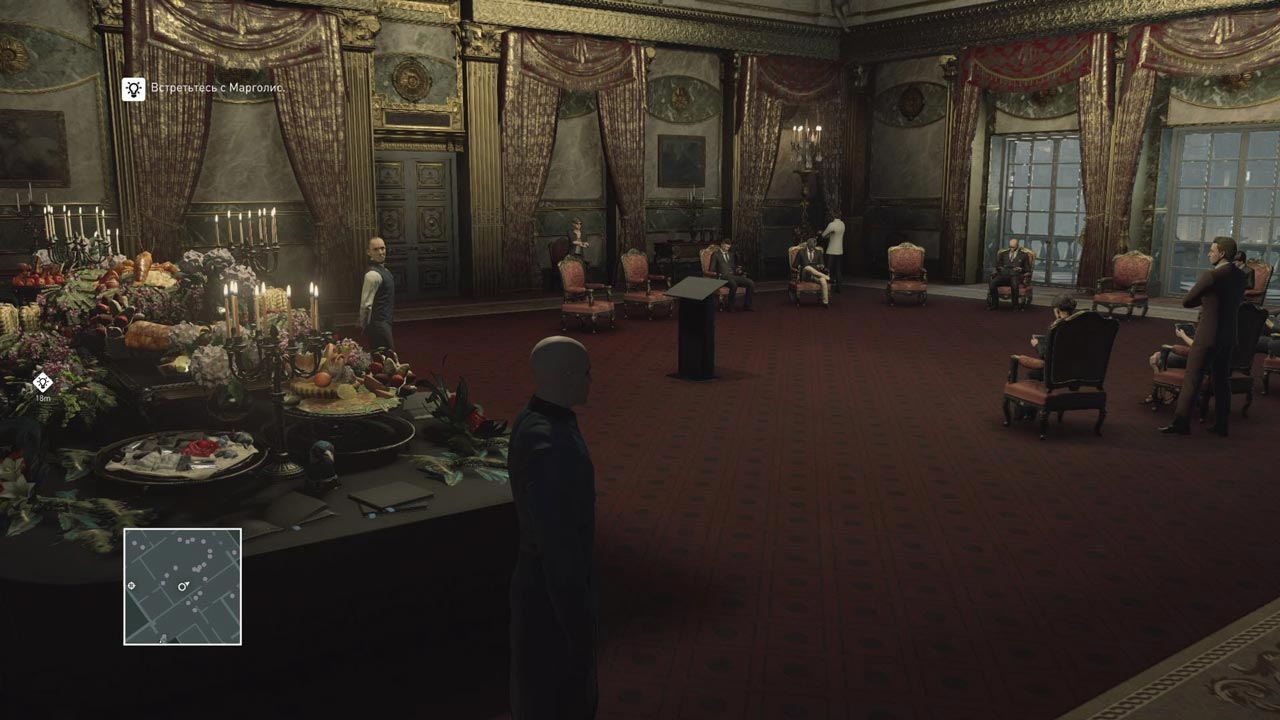 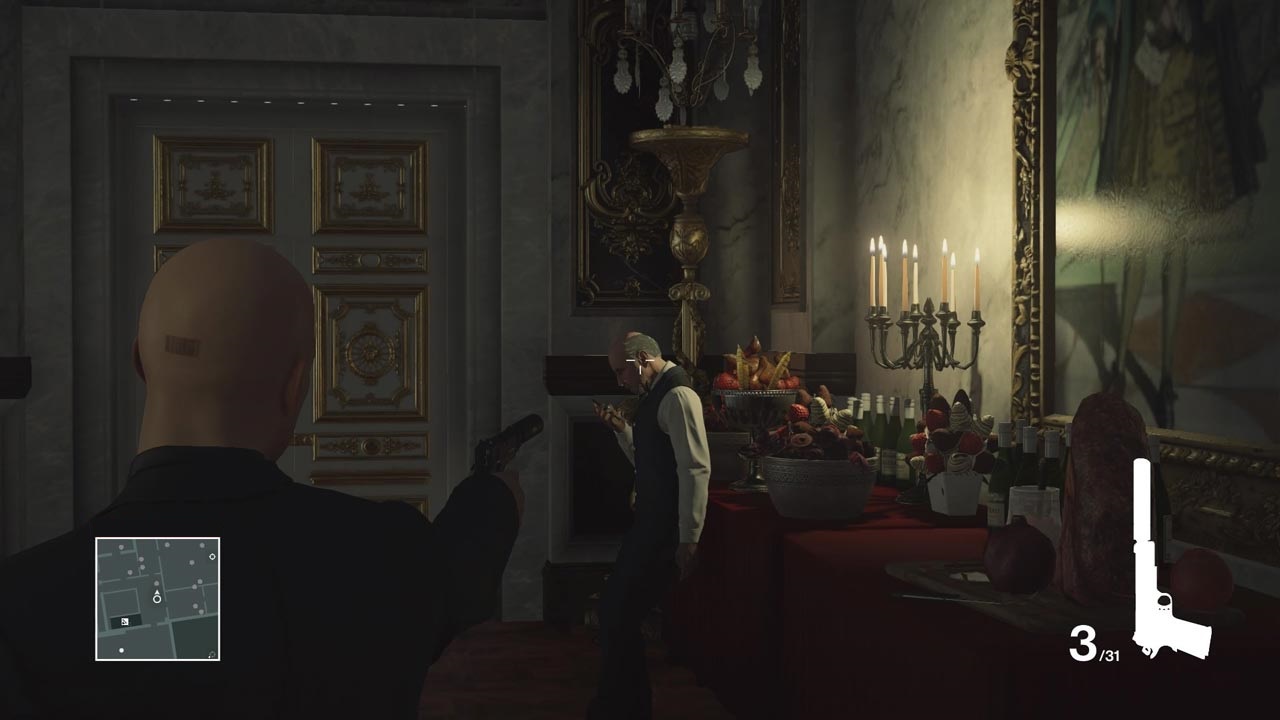 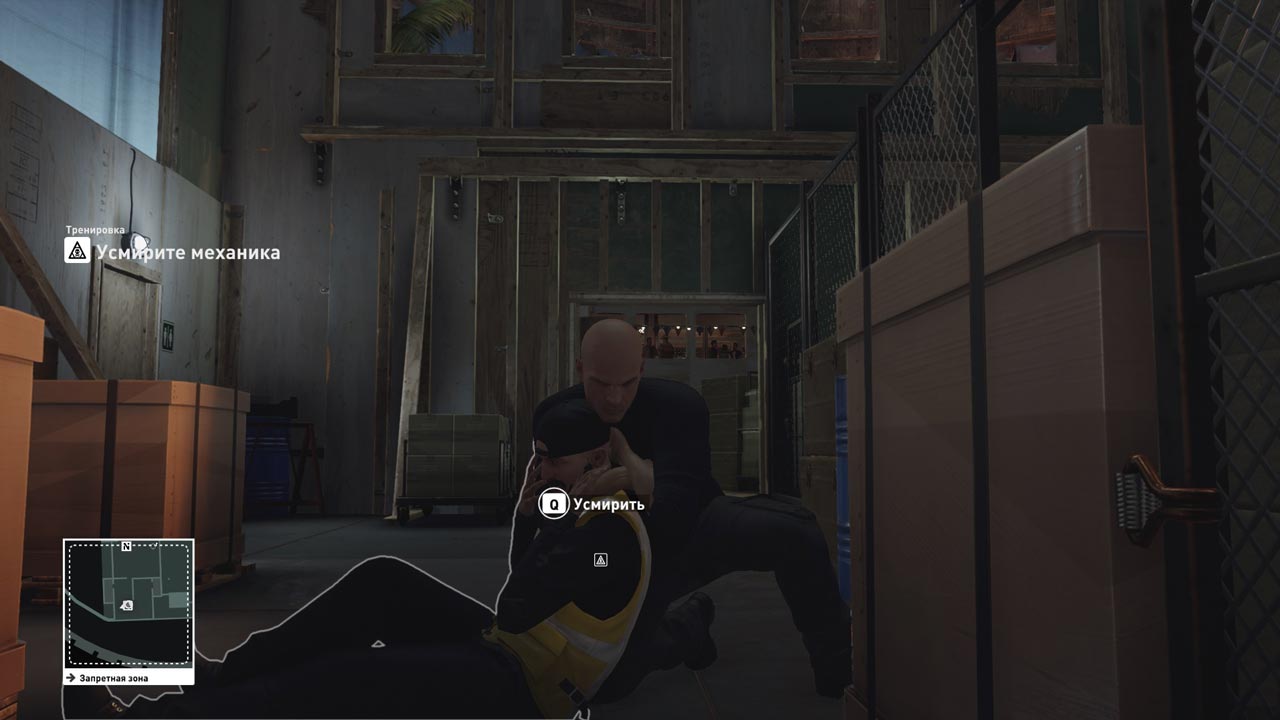 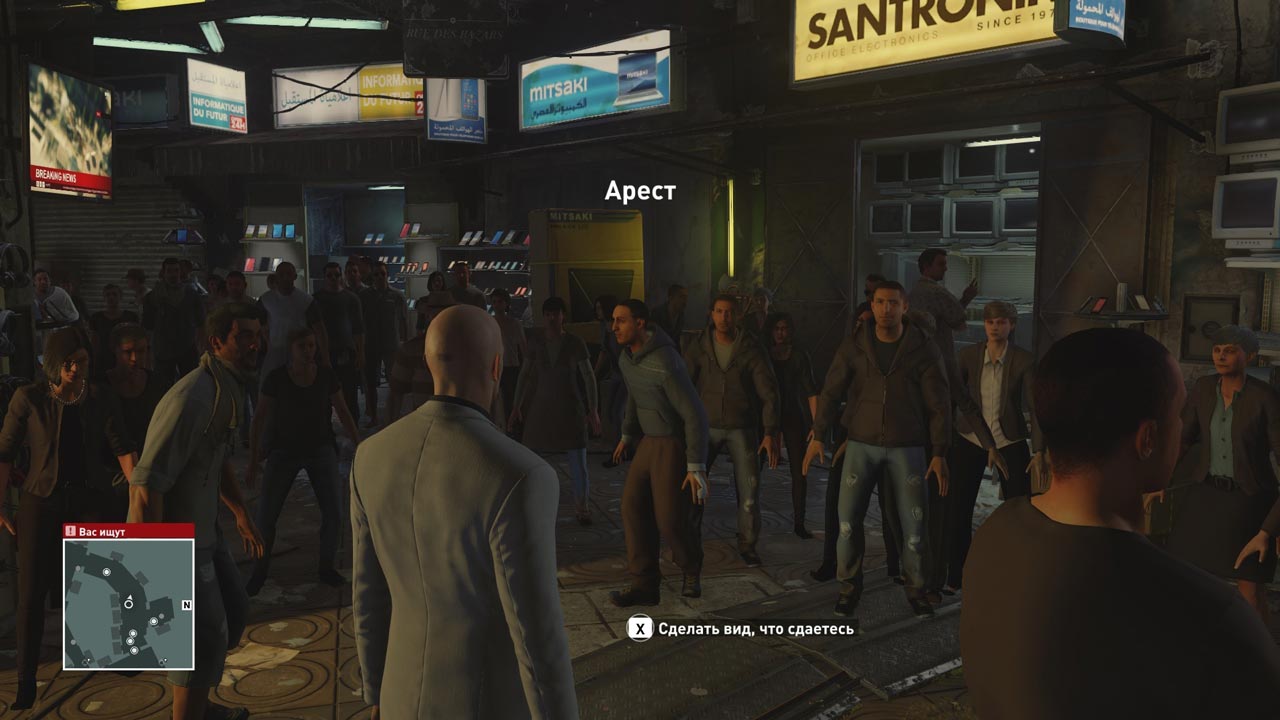 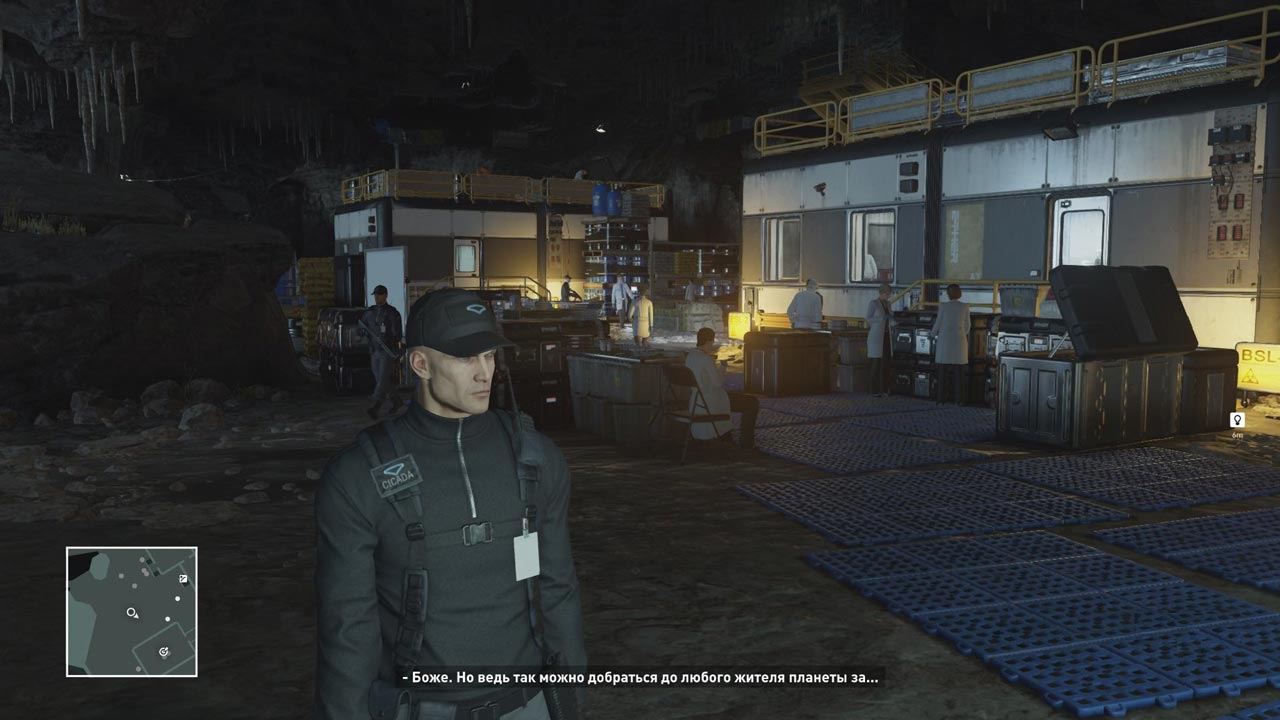 AlternativA information about the seller and his items
offlineAsk a question

ATTENTION! This product is intended for use only in the following countries: Russia, Armenia, Azerbaijan, Belarus, Georgia, Kyrgyzstan, Kazakhstan, Moldova, Republic of Moldova, Tajikistan, Turkmenistan, Uzbekistan, Ukraine. In other regions will not work.


You are Agent 47, the best hired killer in the world. You act on all continents of the globe, unraveling the web of a secret organization, the threads of which stretch to the highest echelons of the world elites.

HITMAN: Prologue
Actions unfold 20 years before the events of the game itself. The agent is offered to undergo a training mission in the huge ICA complex in Greenland. The final test is the removal of Soviet spy-defector Jasper Knight.

HITMAN: Episode 1 - Paris
Paris. Agent 47 is instructed to eliminate the leaders of the secret organization IAGO - Dalia Margolis and Victor Novikov, who are engaged in espionage and trade in classified information under the guise of a model agency.

HITMAN: Episode 2 - Sapienza
Episode 2 will send you to the coast of Italy, in Sapienza - a densely populated town, full of trials and opportunities for an inventive assassin. Hunt Silvio Caruso and destroy the deadly virus in this versatile task.

HITMAN: Episode 3 - Marrakesh
The task of "Golden Cage" offers the player to destroy two goals: private banker Klaus Strendberg, who settled in a well-guarded Swedish consulate, as well as General of the Army Reza Zeydan, who is defended by an elite military unit that seized an abandoned school.

HITMAN: Episode 4 - Bangkok
Welcome to Thailand! Mission "Club 27" will take you to the hotel "Himmaphan". Your goals are rock star Jordan Cross, vocalist The Class, and Ken Morgan, his lawyer. They live in the hotel while the band is recording the second album.

HITMAN: Episode 5 - Colorado
In a new mission, players will have to adapt to complex conditions. The peace farm has become a militant base. The area is fenced and constantly patrolled. One of your goals - the commander of motley partisans of the XXI century, Sean Rose. His aides, Maya Parvati, Penelope Graves and Ezra Berg, must also be destroyed.

HITMAN: Episode 6 - Hokkaido
Do not miss the exciting finale of the first season of HITMAN. Go to the Japanese private clinic "Gama". This center boasts not only the latest medical technologies and the AI ​​system, but also its own garden of stones, a restaurant and a hot spring.

HITMAN: Bonus Episode
3 new missions:
• Crash: Agent 47 should prevent a wealthy businessman from becoming mayor
• Idol: Sapienza is occupied by the blockbuster film crew. Agent 47 will have to finish the career of one of the actors ahead of schedule
• A house in the sand: an employee of a large construction company is about to give out classified information to competitors. Agent 47 must prevent this

1. You must download and install Steam http://steampowered.com/download/SteamInstall.msi (if not already installed)
2. Run the Steam client
3. Create a new account on Steam or go to an existing one
4. Go to the "Games"

ATTENTION! Before buying, please check the system requirements of the game and other parameters that interest you (they may change with time). This can be done on the sites Steam / Uplay / Origin or the official website of the publisher. Goods purchased by mistake, as well as unsuitable for system requirements or region of activation, can not be returned and exchanged!

Dear customers! Convincing request, if there are any problems with the purchased goods, do not leave a negative feedback immediately. Write us a message in the correspondence (the purchase page on the site Oplata.info). We will try to respond to your message as soon as possible and promptly solve the problem. We draw attention to the fact that the basis for the exchange or return of the purchased key (key), which gives an error when activated, can only be VIDEO RECORD of the purchase process and subsequent attempt to activate it (mandatory condition - the record should not contain editing features).

We will be grateful for every positive feedback you have left after the purchase. Sincerely, the project team "AlternativA".